We are excited to announce that Daisy Beatty Photography now offers personality reels!

What is a Personality Reel?

A personality reel is intended to show casting directors, agencies, and social media your child’s personality and talents.

This reel gives people the opportunity to see your child’s camera presence! Casting directors want to see that your child can give a range of emotions.

A personality reel is a lot like a “demo reel” or an “actor’s reel”.

Especially if your child does not have a demo reel or samples of their past acting or modeling work, this is a great way to pull content together quickly and efficiently.

Actors, models, dancers – anyone looking to break into (or already a part of) the entertainment industry should have a personality reel.

What else can I get with the Personality Reel?

A personality reel can be purchased as an add-on when you book child headshots.

We also offer comp cards, which are a great tool for child models, actors, and dancers. These are particularly helpful for anyone looking to break into the industry who don’t have a large portfolio.

Personality Reels are perfect for veterans and newbies

Your child can come to us for a personality reel whether he has an extensive portfolio or if this is his very first professional shoot.

We will create your personality reel video from start to finish and will include photos from your headshot session.

Alternatively, if you already have photos that you’d like us to use in the video, we are happy to include them!

To see samples of both videos, see Anais and Mirabelle’s videos below.

We had a blast shooting with them!

Thank you for joining us, gals!

The first video includes only content from Daisy Beatty photography – both the video and photos were shot during the personality reel session.

The second video includes content from our session, but also includes some great photos that the family wanted to include.

Reel including some of client’s own images.

You can come to our studio with no experience at all, and leave with headshots, comp cards, and a great personality reel.

Everything you need to get started, and make a splash in the industry.

Newsletter for Kids in Entertainment

Our goal is to provide seasoned and rookie child models and actors everything they need to make a big impact in the entertainment industry.

In addition to headshots, comp cards, and personality reels, we are also delighted to pass along castings and conduct interviews with industry insiders.

We send these to readers via our Kids In Entertainment Newsletter.

You can get on the Kids in Entertainment Newsletter list here.

About Anais and Mirabelle Lee

Anais and Mirabelle are seasoned television actors who have appeared in co-starring roles on The Blacklist, Madam Secretary, Veep, The Following, Mozart in the Jungle and the new Syfy Channel series Happy.  Mirabelle filmed a series regular role in the Nickelodeon pilot “Sit and Stay Pet Café” and Anais has performed skits with Stephen Colbert on “The Late Show with Stephen Colbert” and with Tracy Morgan on NBC’s “Red Nose Day.”  Anais and Mirabelle are also avid commercial actors and are frequent faces in Nickelodeon and national television commercials.  The girls are trained dancers and for the past three years have walked the runway for New York Fashion Week in the Rookie USA show for Nike, Converse and Levi’s.   Recently, Anais and Mirabelle performed on the Sesame Street float with Hamilton star, Leslie Odom, Jr. in the 91st Macy’s Thanksgiving Day Parade in New York City.

To see my blog on a previous shoot with Anais and Mirabelle, click here!

Are you interested in a personality reel or headshots for your child?

I look forward to hearing from you! 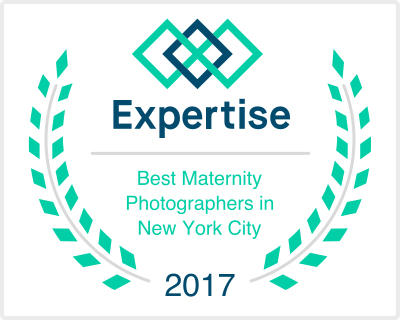 © 2023 Newborn and Family Photographer in NYC, The Hamptons, and Beyond|ProPhoto Photo Blog